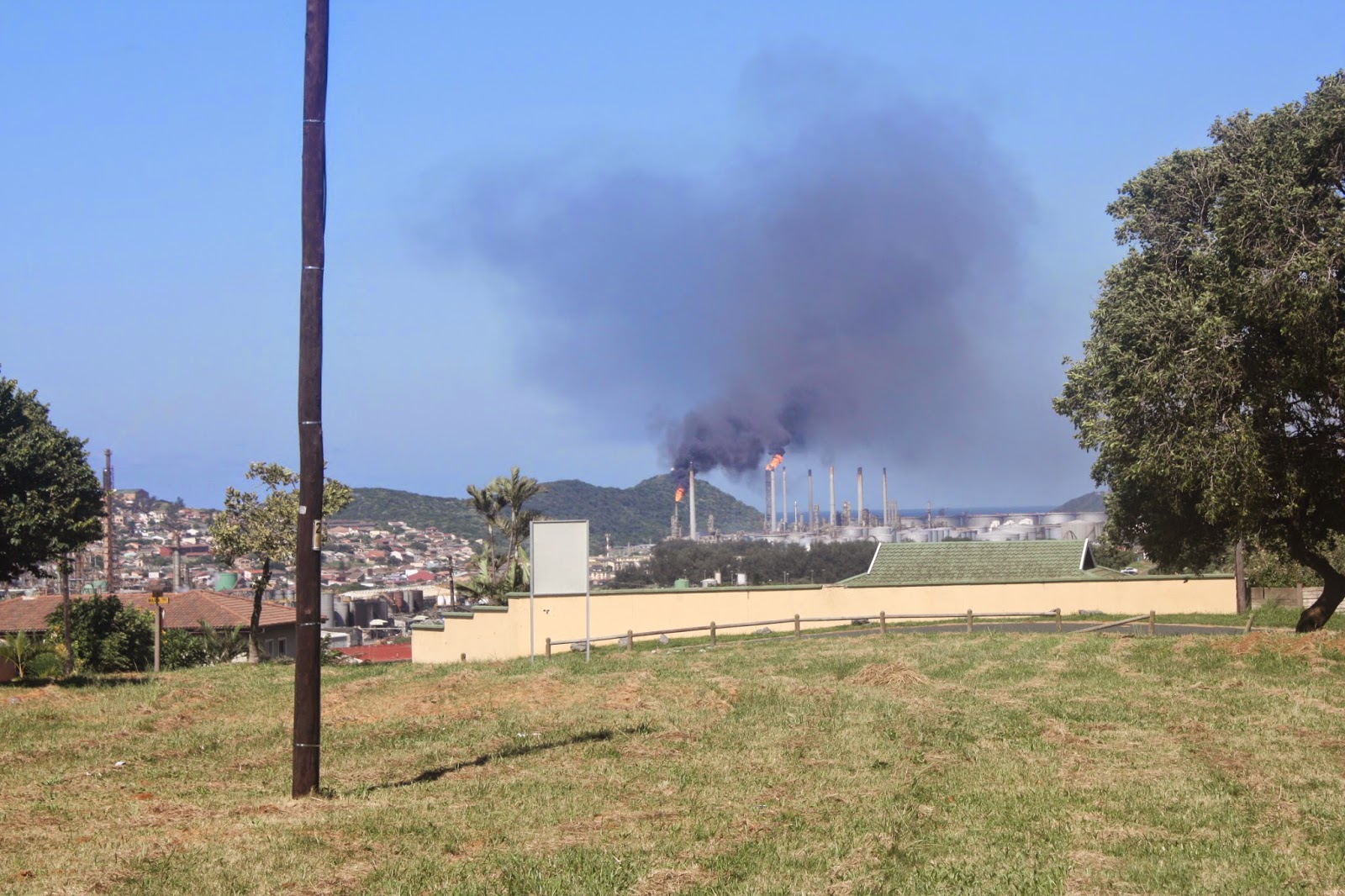 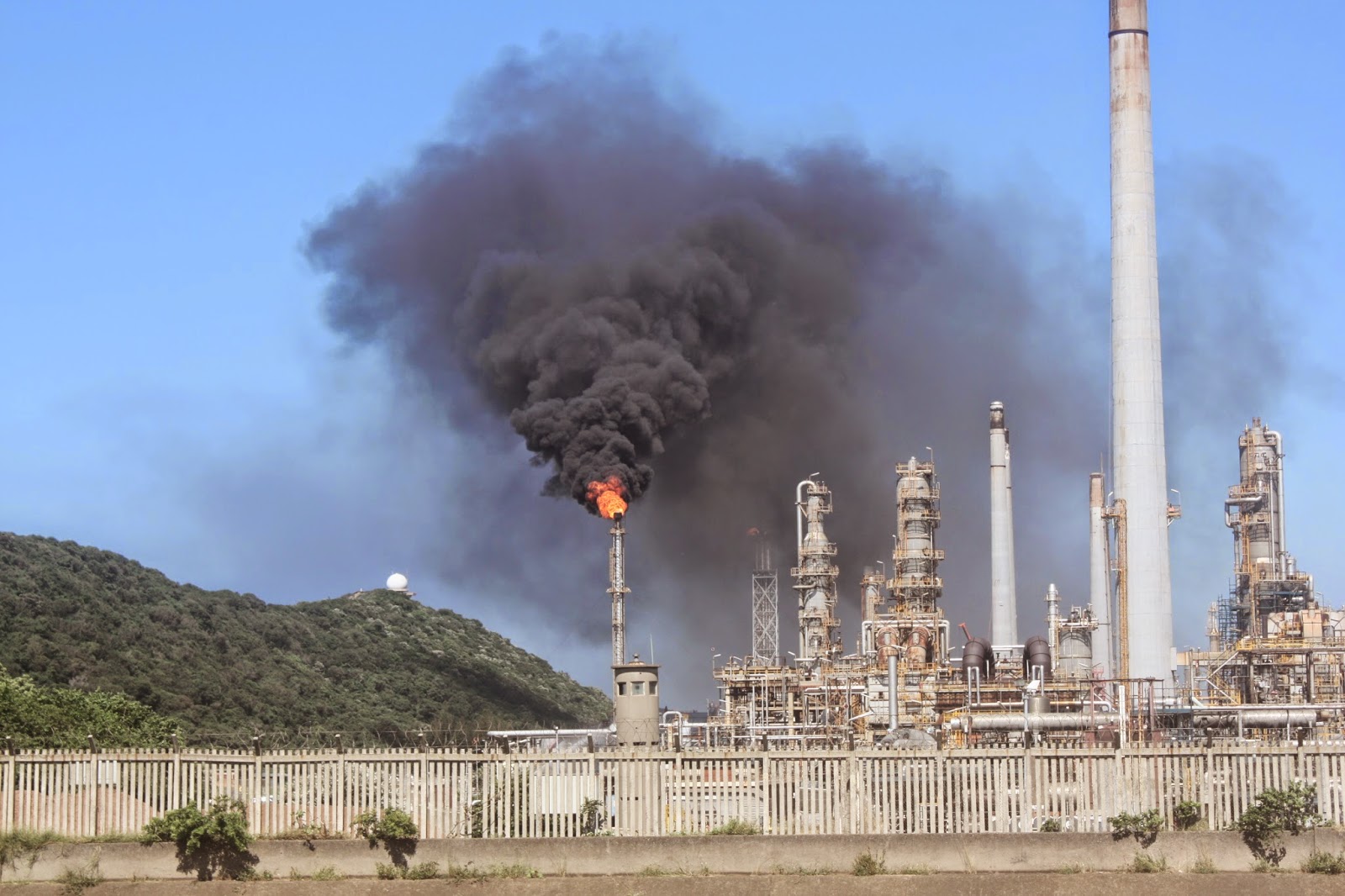 View from Cuttings Beach at the Umlazi Canal

Flaring fires emerged from the Sapref Oil Refinery in South Durban on Wednesday morning, 1 April 2015. Two of the stacks were seen emitting flames and plumes of smoke that were appearing to head toward the Isipingo community. This toxic smoke causes a health risk for residents. At facilities nearby, water was being hosed onto tanks closest to the flares. The cause of the flaring is unknown.

For several years, the South Durban Community Environmental Alliance (SDCEA) has pressured Sapref to install back-up generators, but Sapref has failed to do so. Sapref’s neglect continues to put nearby communities at risk. The SDCEA calls for the Sapref Refinery to re-examine the urgent need for back-up generators in light of today’s dangerous flaring.
“It is unacceptable that South Durban communities are left in the dark about incidents such as these by the city officials as well as polluting industries. Due to lack of information, our communities cannot continuously bear the brunt of these incidents that leave them uncertain of their health risks. Communities are outraged by these incidents, and tend to turn to the SDCEA instead of city officials since officials have previously not responded positively“, stated Bongani Mthembu, GIS & Air Quality Officer specialising in pollution at the South Durban Community Environmental Alliance.
By South Durban Community Environmental Alliance SDCEA|2017-07-13T07:40:01+00:00April 1st, 2015|Pollution & Health|Comments Off on Fires Flare at Sapref Refinery in South Durban