Skip to content
Home/SDCEA’s Letter to Sasol
Previous Next

But two weeks later, on June 23th, we learned of the biggest crude oil spill in the South Durban area since 2001 when SAPREF’s pipeline leaked millions of liters on the Bluff and Wentworth.

This is just one of the incidents where the truth has been hidden by officials of the company, who are deliberately shifting the blame for their transgressions. The crude oil leak poses a massive threat to all marine life in the Isipingo canal, estuary, lagoon and beach – and as residents, our ability to enjoy nature is violated. The signal also goes out to tourists, that Durban cannot keep our beaches free of toxins.

The extent of oil spill is massive, requiring trucks from Drizit and Spilltech to pump out the oil (see figure 5).

We demand that Sasol comes clean about this oil spill and stop hiding the truth.

We will now insist that social, ecological and economic reparations be paid, and that state regulation of this filthy company be ratcheted up to a much higher level. Sasol should be made to pay so substantially that it learns its lesson.

After all, Sasol has a history of negligence and environmental abuse. In Secunda, their coal/gas-to-oil facility has the distinction of being the single largest point-source of CO2 emissions on earth. Sasol remains amongst the world’s most prolific emitters of greenhouse gases, and since burning fossil fuels is the most important contributor to climate change, we need Sasol to begin making reparations payments for the resulting extreme weather, sea level rise and ocean acidification. Last October, the Durban port witnessed the damages of climate change, with a massive cargo ship coming loose from its mooring and 59 tonnes of plastic ‘nurdle’ pieces spilling into the harbor, following which they floated into the ocean, doing incalculable damage to our ecology.

The fundamental question is how we the residents of KwaZulu-Natal can trust a company like Sasol in our priceless ocean to drill for oil and gas, in depths of 4 kilometers in what is amongst the world’s most dangerous currents, the Agulhas. Already Sasol’s offshore exploration strategy is creating havoc and last month, its own official Alex Anderson admitted how little the firm had done to address our environmental and public health concerns.

Worse, Sasol is in league with a notorious Rome-based company, ENI, which is under prosecution in Milan, Italy, for corrupting Nigerian authorities with $1.3 billion in kickbacks, in the course of destructive oil drilling in one of the most damaged sites on earth, the Niger Delta. Global Witness considers this case one of the biggest corruption scandals in the history of the oil industry.

Our own government’s ‘Operation Phakisa’ exploitation of the so-called ‘Ocean Economy’ is already in question, due to the way Transnet’s operations have been thoroughly corrupted by the Gupta brothers and Chinese suppliers of cranes and other port equipment (not to mention China South Rail and the German firm SAP), so we will now be drawing the line against further corruption of our local economy by the likes of ENI and Sasol.

If Sasol does not clean up their act, we are going to push for Nationalisation of Sasol.

Sasol is already well known to those of us fighting pollution in South Durban, starting with the March 2000 leak of chlorine from Sasol Polymers at the AECI complex in Umbogintwini which affected 200 school pupils:

In Secunda, in 2004, a contractor was killed and eight others were injured by an explosion at a gas liquor storage tank. A few months later, at the ethylene plant of Sasol Polymers in Secunda, an explosion killed 10 people and left 369 injured. Two months later, in Sasolburg, two people were killed in a fire at the Natref plant in Sasolburg, and several inhaled harmful gas during this accident. In Secunda in 2005, a contractor died in an explosion near a production shaft of Sasol’s Middelbult Colliery. Also in mid-2005, there was a major fire in Secunda and an accident that left four workers injured.

Accidents also occurred regularly over the past decade, including an explosion at the Sasol synfuel plant in Secunda in 2011. In 2014, also in Secunda, 23 were injured in Sasol plant fire. In 2016 in Roodeport, a Sasol gas leak forced hundreds of people to evacuate their homes. And last year in Sasolburg, 14 people were injured after an explosion at the Natref refinery.

South Durban refuses to countenance any further negligence by a company that, should it fail to meet our demands, then must be nationalised.

Indeed the firm began as the state-owned South African Coal, Oil and Gas Corporation in 1950. Once it became a for-profit corporation after its 1979 stock market listing, its misbehavior attracted billions of rands in fines; including a €318 million fine to European authorities in 2009 for engaging in paraffin was cartel, and last year a R12.8 billion fine by South Africa’s tax court.

A wealthy company that now mainly invests in the United States, Sasol could be paid for by government simply in-kind, with company liabilities owed by shareholders to all those injured and to the environment. The firm turned into a non-toxic renewable energy producer, since it cannot be trusted with fossil fuels and dangerous chemicals. 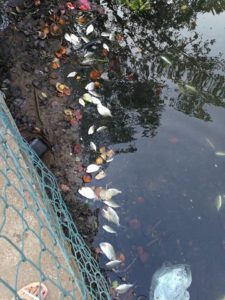 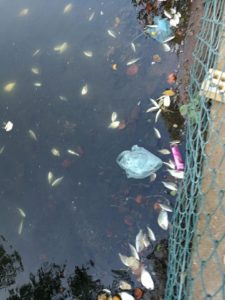 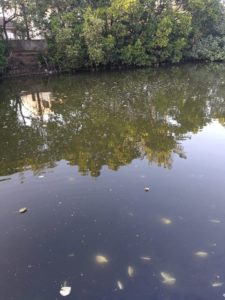 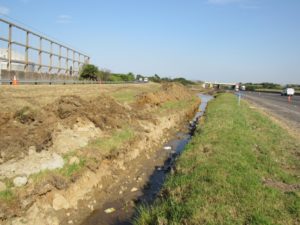 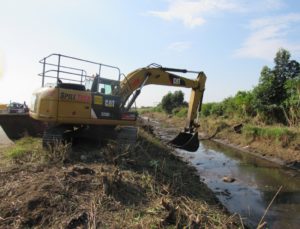 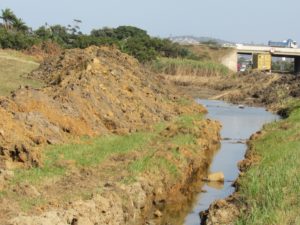