The Residents Plea for the South Durban Evacuation Plan

Durban communities were again exposed to massive clouds of black smoke billowing from a fire at CWT Aquarius Shipping International in South Coast Road. The fire, which blazed unabated since Friday morning until the evening, was one of the biggest in the area in recent times, with smoke from the flames drifting as far as Ballito on the North Coast and could be seen from Umbumbulu in the South Coast because of strong winds. It brought the Albert Luthuli Highway to a standstill because of poor visibility and as a result of commuters parking along the freeway to get a better look at the huge clouds of smoke and take pictures.

It is believed that the building that caught alight was a warehouse that stored wax petroleum products, which could explain the strong chemical fumes in the air and residents and workers complaining of burning eyes, nausea and coughing. Petroleum wax and a range of chemicals are flooding through the Umhlatuzana River and into the Durban Harbour as a result of the fire.

Once again residents are asking for the proposed emergency evacuation plan promised by the eThekwini municipality for rollout during disasters such as today’s fire. The uncontrolled smoke and fire, like other similar potential disasters in the south Durban industrial basin, posed a serious risk to the health of people in the area, and the environment. The lack of a publicised and accessible evacuation plan is therefore of great concern. There have been repeated calls for an evacuation plan, especially after previous incidents on the same scale, such as the Island View Storage explosion on 18 September 2007, overwhelming smoke from the Engen refinery on 11 October 2006, a fire at the Engen refinery on 19 November 2007, and a fire at KZN Oil on 26 March 2015.

It also again raises the question of why local government continues to allow the placement of dirty toxic industries among communities and along residential roads. We have appealed to the Department of Labour, which has kept secret its findings and reports on such incidents,
to intervene. The recent gas leak, which killed three soldiers at Island View, contract workers and injured 24 people, was another example of dangerous infrastructure and hazardous plants in south Durban.

Surely it is time for the Mayor of Durban, Councillor Zandile Gumede, to treat this as urgent and act promptly in response to communities’ repeated appeals for justice. It is because of disasters such as this that south Durban residents are opposed to the Clairwood Racecourse being turned into a Logistics Park for the handling and storage of hazardous chemicals adjacent to residential neighbourhoods and are calling for such plans to be stopped immediately. Alternatives must be provided for industries that will provide jobs and a safe environment for people to live in.

We continue to call for strict monitoring and compliance measures to be put in place to keep chemical, petro chemical and hazardous industries under guard. We call on the Mayor and national government representatives to meet urgently with the affected communities within the next 14 days. 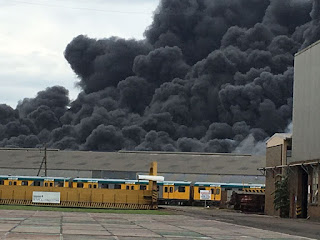 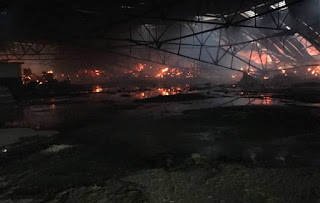 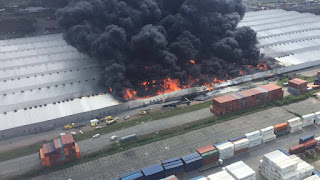