Why India is Intriguing and Eye-Opening

Why India is Intriguing and Eye-Opening
The international conference: Rethinking Cities in the Global South, hosted by the Tata Institute of Social Sciences, brought together activists and town planners from all corners of the world to discuss burning issues of the global south in Mumbai, India. The event was held from the 19th –23rd of January, 2015; the objective was to urge attendees to rethink the concept of development, particularly in the context of the developing world. 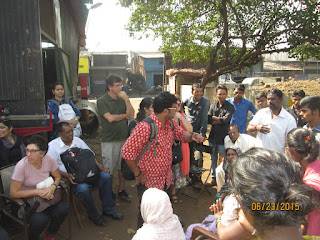 From the exciting field trips through the crowded slums, to the vibrant fish markets, I witnessed, firsthand, how poor and marginalised communities are actively finding solutions for their economic plight. The slums and the central business district were alive with people, trading and buying. The mantra that people should be at the centre of economic activity and development is evident. The informal economy is important in India, and the energy from this sector is present from morning till after midnight
.
All people, intersecting age, gender, religion, ethnicity and caste, are active in the informal economy and are self-sufficient. From creative transport systems to productive home industries; people aren’t waiting for a ‘saviour’ to solve their problems. They are hardworking, and very humble. This energy
However, amidst the exuberant culture and buzzing informal economy, is a very corrupt political hierarchy, much like in South Africa. This is evident in the bustling streets of Mumbai, where the divide between rich and poor is like night and day. Plans by government and wealthy businessmen to invest in mega development projects threaten, and further marginalises the poor who have proven that local economies are effective, and that they can grow if given the necessary support by those in power. 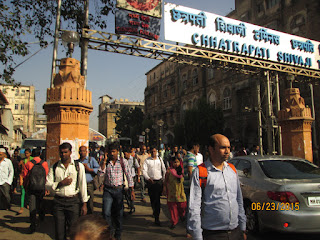 The proposed redevelopment for Mumbai’s waterfront is an example of a mega project which threatens informal economic activities. It is very similar to the dug-out port development, proposed for Durban. These developments plan to enclose public spaces for commercial, thus threating people who largely depend on subsistence livelihoods.
It was clear at the conference that something needs to be done to stop elite minorities from making decisions which don’t benefit the masses. A different framework of development needs to be adopted by people in the global South, one that is empowering and not disempowering. And like the people of India, South Africans need to unite and fight for a development trajectory that allows for just progress.
By South Durban Community Environmental Alliance SDCEA|2017-07-13T07:26:51+00:00January 29th, 2016|Infratructure & Development & EIA's|Comments Off on Why India is Intriguing and Eye-Opening